After downgrading Tesla (TSLA) earlier this year and lowering its price target for the automaker, Morgan Stanley appears to have seen the light and reversed course.

For the first time in more than three years, analyst Adam Jonas gave TSLA an overweight rating. In a note to investors Jonas said the automaker is about to make a “profound model shift”, finally recognizing what Tesla fans have been saying for a long time (via Tesla Daily).

“To only value Tesla on car sales alone ignores the multiple businesses embedded within the company, and ignores the long term value creation arising from monetizing Tesla’s core strengths.”

Along with the bullish rating, Jonas increased the price target to $540 from $360. His valuation now includes Tesla Energy, Tesla Insurance, and the automaker’s network services.

Shares of TSLA are up nearly 10% in trading Wednesday after it was announced earlier this week the automaker will finally be joining the S&P 500 Index in December. 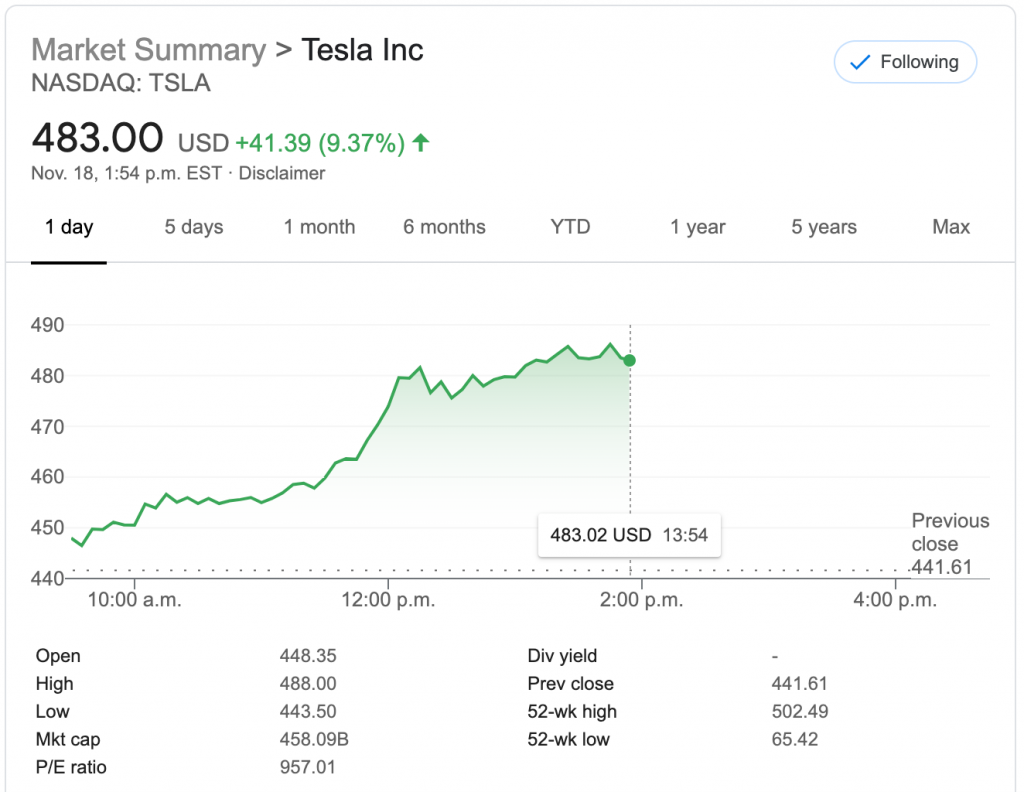 Tesla has posted their Q2 2022 financial results and despite a difficult quarter that saw their production and delivery figures drop compared to the previous quarter, they were still able to post a positive financial […]

Panasonic made $3.61 billion selling all of their Tesla (TSLA) shares

Panasonic has revealed its in financial statements that it has sold all of their Tesla (TSLA) shares, netting more than $3 billion in the process. The sale took place within the company’s last fiscal year […]

As Tesla shares break $500, Oppenheimer raises target to $612 and calls it an ‘existential threat’

Tesla shares (TSLA) rose nearly 10% on Monday, after Oppenheimer analyst Colin Rusch raised his price target by nearly 60% to $612 per share. This raise follows on the heels of Piper Sandler Cos. raising […]